Letting Go of an Outdated Feeling

Goal: To make peace with my illness no matter what (and/or to effectively define the desired feeling of the illness).

What do you want to achieve? To make peace with your illness? To perceive your illness differently? 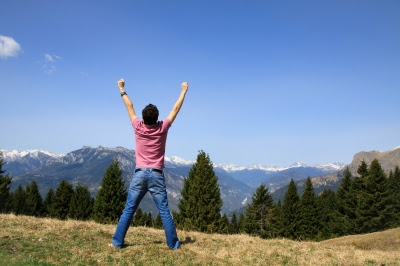 They say that a change of feeling is a change of destiny (Neville Goddard, Dr. Wayne Dyer). So what happens when patients, survivors, and their loved-ones change their feeling toward the held illness?

Following this logic, how you view the illness will determine your overall belief, behavior, and actions regarding the illness, even if chronic.

According to Member and Moderator Trish Speake, "While I never wondered 'why me?', I'll admit it's been quite difficult at times. In a way though, I'm profoundly grateful for this experience. It has shown me what truly matters."

In other words, her feeling of gratefulness changes the outcome.

This change in viewpoint - and possibly a change in the use of our words to describe the illness - changes basically everything and pretty much shifts us in how we think about the illness.

The word,"fight", and the term, "beat it", are no longer synonymous with "deal with", according to one article from Huffington Post, depending on what the goal is. The article continues, there's sometimes a fine line between living with a chronic illness and merely staying alive.

What words, definitions, and beliefs are you holding onto?

Someone once said, when you hang on to your history, you do so at the expense of your destiny (Bishop TJ Jakes).

In other words, to embrace or at least focus on your future, you need to let go of your past.

According to an August 2014 LinkedIn article , it is necessary to let go of "old" or outdated skills in order to add new "tools" to the "tool belt".

When we try new things or adopt these new "tools", we are bound to make mistakes.

Of course, we have made, and probably continue to make mistakes. It's not so much in making the mistake; but in recovering from the mistake.

Just like how it works in letting go of anything, letting go of mistakes and imperfections makes room for new mistakes, new lessons that are learned, or adding something new.

One article from LinkedIn offers that letting go is difficult, yet necessary.

So much good can come out of the bad.

If you're "mistake-prone" however, what's a person to do?

You can treat each mistake as a lesson learned, and add that new lesson as a new "tool" for your "tool belt".

This issue shows us examples of how certain people choose to turn lemons into lemonade.

The spotlight this month shines on Ben Munoz, Co-founder of Ben's Friends, and how he consistently proves his reinvention through his technology prowess and scientific know-how; these things fuel not only his success, but others' success, as well.

With very little brain damage from his arteriovenous-malformation (AVM) brain bleed, Ben was immediately grateful for his second chance at life.

Some say that such second chances and reinventions have to do with and lead to empowering others.

With that in mind, Ben's Friends Online Support Community is the perfect example of this empowerment to all involved - from Board Members to every single member.

"(Ben's Friends) is our opportunity to help others, just as others have helped us when we needed it," says Ben Munoz.

Many survivors believe that reinvention is somewhat automatic and entails a shift from what is considered one type of normal to that of a new normal.

Ben states, "(Many survivors) share a deep appreciation of the cycle of life and death in this world. In fact, many of us believe that our previous self has already passed on, and we are (new people) given a second chance."

Munoz continues, the theme of second chances and this reinvention from the old to the new is echoed in the logo of the butterfly.

"We have been given a second chance, and now it's our turn to return the favor by trying to make the world better."

John "JC" Colyer is a Ben's Friends' member as well 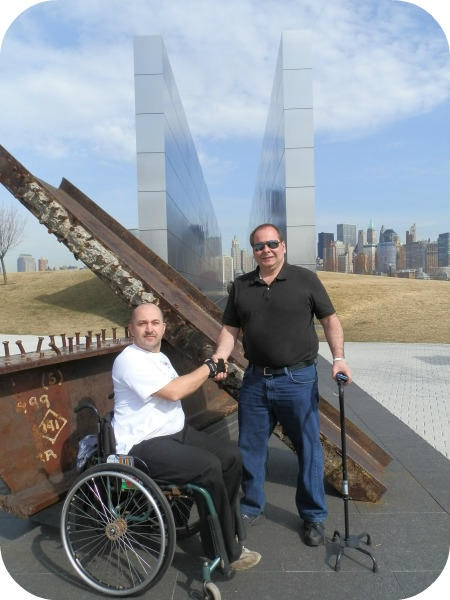 as a survivor of Superstorm Sandy's devastation to home-life for many on the East Coast in the U.S. on October 29, 2012.

Both situations - of having Cerebellar Ataxia and having a home-life destroyed - involve rebuilding a life, restoring faith, and reinventing himself.

To the struggle, JC says, "(Things) are getting better every day."

Regarding letting go in order to grow into a "new normal", JC says that his first steps were to accept his new normal and to develop his new routine.

He ends with, "I was not alone in this and want others to know they were not either." He continues, "It made my disability second, and I never imagined anything would do that."

For more information, you can watch JC's story from this video.

The World Tinitus Forum posted, " You will begin to heal when you let go of past hurts, forgive those who have wronged you, and learn to forgive yourself for your mistakes."

As a Caregiver, whether you take care of the grocery shopping and/or bathe the patient, when letting go of your former role of spouse, parent, friend, etc., and you are forced to assume the role of Caregiver, a major focus to adopt - or regularly exercise - is that of forgiveness.

When there is no one to blame nor forgive, things get messy, complex, and confusing. What are you supposed to do with this big blob of nothing?

According to Caregivers Jay and Nan, "the ability to forgive yourself and others is vital."

In the act of forgiveness, you let go of something; and when you let go of, or release something, you make room for something new - a new belief, a new perception, a new definition or word, etc.

By letting go of something, there is space to choose to hold onto already-learned lessons or to adopt new learned lessons and take on new challenges from failures and mistakes.

According to Nan, "Learning from our challenges, failures, and mistakes is a high tuition, so it's important to remember the lessons we learn with painful experiences."

According to Jay, "Most...caregivers are women. Most of them are middle-aged. About 15% are age 65 or older. Two thirds of them have full time or part jobs - theirs is a juggling act trying to keep their own life intact."

Jay and Nan surmise the miracles that surround the caregiving experiences are the "unfolding of love" that brings about "personal growth".

Form Meets Function with PICC Sleeve Bands - Members at Ben's Friends have friends who offer charity-based PICC bracelets. The medical-fashion-statement doubles as a PICC stabilizer and is a fundraiser to boot that is mutually beneficial for patients and companies alike. For more information, visit this link.

Congratulations to Caregivers on Facebook for being a huge success. It keeps on growing and members are using the community for much needed relief. Thank you David, Madere, Red, Ninibeth, Stephen and Maddy for creating an environment where Caregivers can flourish.

Welcome several new members of the Lyme Community. You have been very communicative and participative. Always great to see!

Congratulations to the Sjogren's Community for passing the 400 mark for membership!

Happy 3rd Birthday to The Disability Network. Thank you JC, Alan, and Ninibeth for moderating!

Zach's Shack Lemonade Stand's proceeds go to buy wheelchairs for individuals in need of them. Last year, Zach who is under 13-years of age, donated $50,000 toward the cause. The lemonade is $.50/glass. That must be some killer lemonade!
Picture of the Month 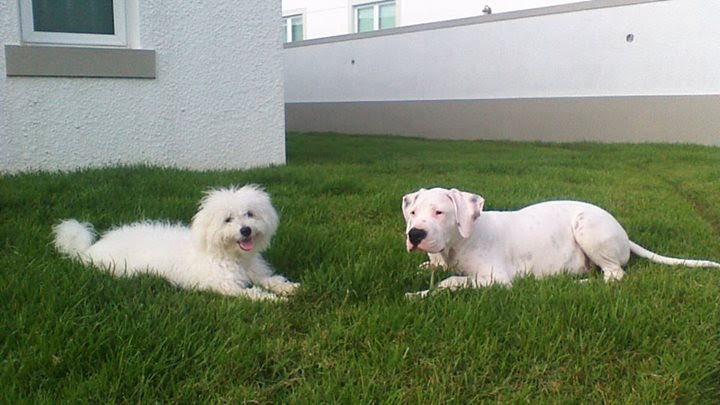 Joke of the Month

Two batteries got married. The ceremony was just okay, but the reception?


Video of the Month
Jill Bolte-Taylor on TED

"Thank you to everyone. I have been reading posts, blogs, all of it and it hasn’t failed me yet. There is always someone’s story that adds a little piece to this puzzle of pain, misery, confusion and, frustration that I have endured for a very long time….years actually. So I want to let everyone know that anything you post is certainly a gift to someone like me. Finally, I was able to make sense of things I have been going through. I have learned so much and I don’t feel alone…Thank you so very much!”
— WubbaBear (Life With Lupus) 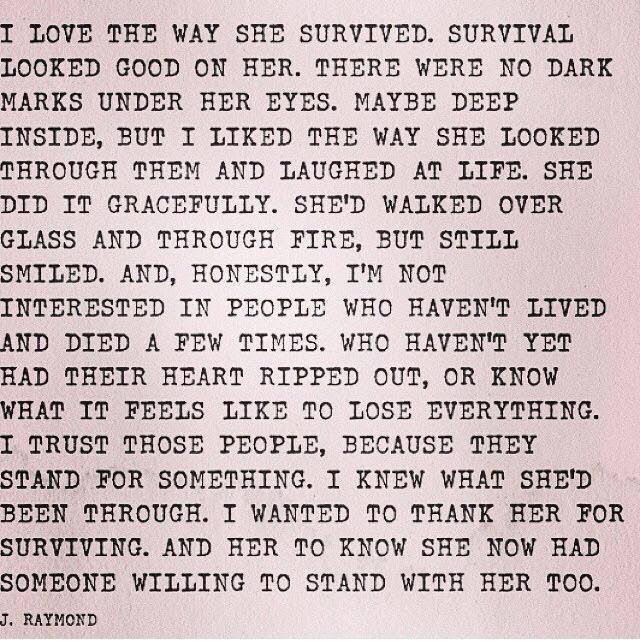